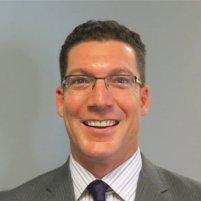 Brad A. Cucchetti, DO

Dr. Brad A. Cucchetti always appreciates feedback from his valued patients. To date, we’re thrilled to have collected 77 reviews with an average rating of 4.97 out of 5 stars. Please read what others are saying about Dr. Brad Cucchetti below, and as always, we would love to collect your feedback.

Carole L.
At last, a doctor who actually listens AND talks to me, instead of at me!
James C.
Dr. Cucchetti has been my Orthopedic Surgeon for my Left and Right Knee Meniscus Repair and my Left Tricepts repair. I have been coming to him for many years. He is simply the BEST!
Sharon R.
awesome!
Kerri M.
Great experience. Felt listened to and understood!
Alex M.
Dr. Cucchetti is THE BEST!! He gets to the point, has a terrific sense of humor, and, best of all, he LISTENS to his patients. Hands down -- if you need an orthopedist, Dr. C. is the one!
Michael J.
I have had multiple visits and two procedures done by Dr Cuchetti. I find him the very best both in his knowledge, and dedication to solving the problem. His staff are simply the nicest, and most dedicated people you would ever have contact with period.
Susan N.
I am a veteran and needed civilian care. After getting the run around, we found Dr. Cucchetti, got right in to see him and rescheduled surgery for the following day. Dr. Cucchetti heard me, was very informative about my case and gave me a much better prognosis that previously expected! Furthermore, his office staff was very welcoming, warm, genuinely compassionate to my case and expedient with getting all the paperwork taken care of! I highly recommend this physician and his staff! Huge, huge thanks!!
Myra B.
Very impressed with Dr Cucchetti and his staff. He did not rush through my exam and answered my questions. Looking forward to the next visit. He spent time with both me and my husband.
Lenore B.
Everyone in the office treats me with respect and dignity. They are so friendly and can calm patients nerves. I would and have recommended Dr. Cucchetti to my friends and family
Susan B.
Dr. Cucchetti is the a doctor but a friend. He listens to his patients and treats you like family. We have known Dr. C. For years and he has always made time for his patient. He really cares and solved the issue. I highly recommend him. He is the in the Valley.
Penne M.
Personal and realistic ankle sprain care
Debbie S.
He takes the time to listen and gives you options. I drive across town to see Dr Cucchetti
Linda S.
The dr was thoughtful about what we do to get me back on my knee!
Renee E.
Dr.Cucchetti is great!
John T.
My first visit with Dr. Cucchetti was in May of 2014. His diagnosis of my knee injury was accurate and very well explained, in a manner easily understood. Since that first visit he has been able to keep my aging knee working, initially with injections and then with an arthroscopic procedure in December 2015. He also assisted our son AJ, who sustained a broken fibula during an NCAA D1 Basketball game early in the season of his junior year at Southern Utah University. The team doctor had handled the situation poorly which could have cost AJ a year of eligibility, not to mention potential problems related to the physical injury. We flew AJ home to see Dr. Cucchetti, and from that point we knew AJ was in great hands. Our son healed properly under Dr. Cucchetti's care, and because of Dr. Cucchetti's intervention with the school athletic department, AJ was granted a medical Red Shirt allowing him to play an additional year. AJ would not have been able play for South Dakota State University and help the team win their Conference Championship, nor would he have reached the NCAA Basketball Tournament with SDSU in 2017, after graduation from SUU and a 5th year transfer, if not for the expert medical and personal intervention of Dr. Brad Cucchetti. Thanks doc, you are the man! John, Barbara & AJ P.S. And thanks to you Danica, for all you do.
Nikkia C.
Dr. Cucchetti operated on my ankle 4 years ago and did an amazing job. Before this I had so many issues and now I am pain free for the most part. When my daughter hurt her foot I took her straight to Dr. Cucchetti. There is nobody else I would trust. He truly cares about his patients and he has a great staff as well.
Mirja R.
Dr. Cucchetti is excellent! Highly recommend him and his staff! Thank you!
What we offer

Cucchetti Orthopedics accepts most major insurances and Workers' Compensation Insurance. Please contact our office if you do not see your insurance provider listed.